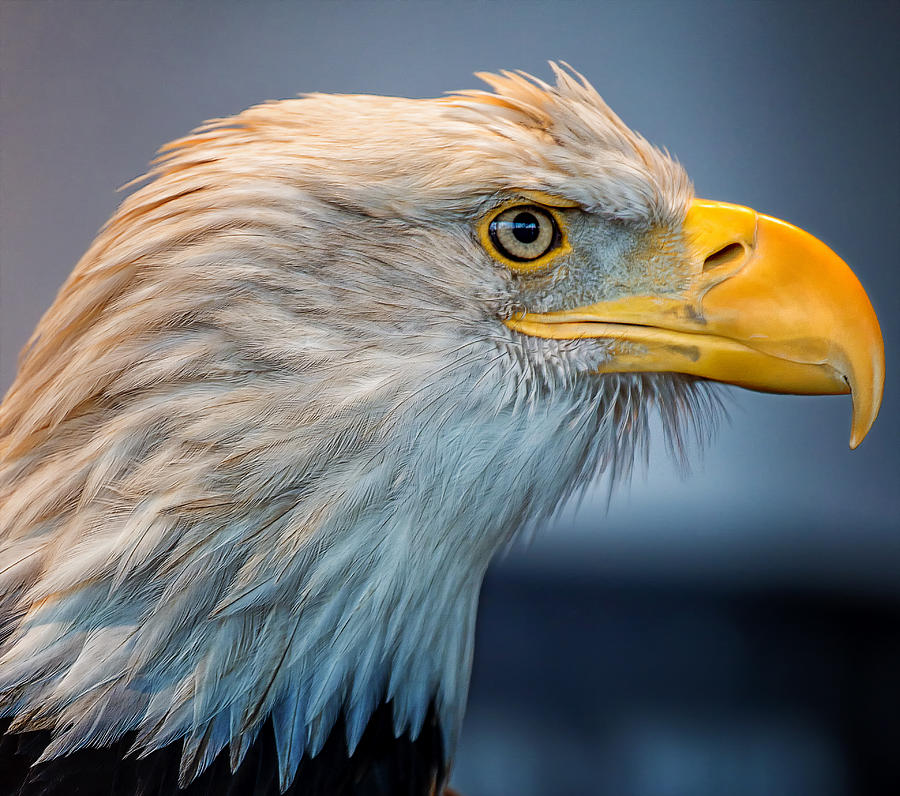 Eagle With An Attitude

Eagle With An Attitude

The Bald Eagle has been the national emblem of the United States since 1782 and a spiritual symbol for native people for far longer than that. These regal birds aren't really bald, but their white-feathered heads gleam in contrast to their chocolate-brown body and wings. Look for them soaring in solitude, chasing other birds for their food, or gathering by the hundreds in winter. Once endangered by hunting and pesticides, Bald Eagles have flourished under protection.

The Bald Eagle dwarfs most other raptors, including the Turkey Vulture and Red-tailed Hawk. It has a heavy body, a large head, and a long, hooked bill. In flight, a Bald Eagle holds its broad wings flat like a board.

Look for Bald Eagles near lakes, reservoirs, rivers, marshes, and coasts. For a chance to see large Bald Eagle congregations, check out wildlife refuges or large bodies of water in winter over much of the continent, or fish processing plants and dumpsters year-round in coastal Alaska and the Pacific Northwest.

Congratulations, Bill! This is an awesome capture!

Congrats on your sale!

Congratulations Bill, on your Art sale!

Beautiful and Stunning! Congrats on your sale.

The color of the beak is intense! I also like the colors that you can see in the "white" feathers; white is never truly white, is it? Wonderful shot!

great close up detail, I need to pay more attention when I paint eagles, I can see that now