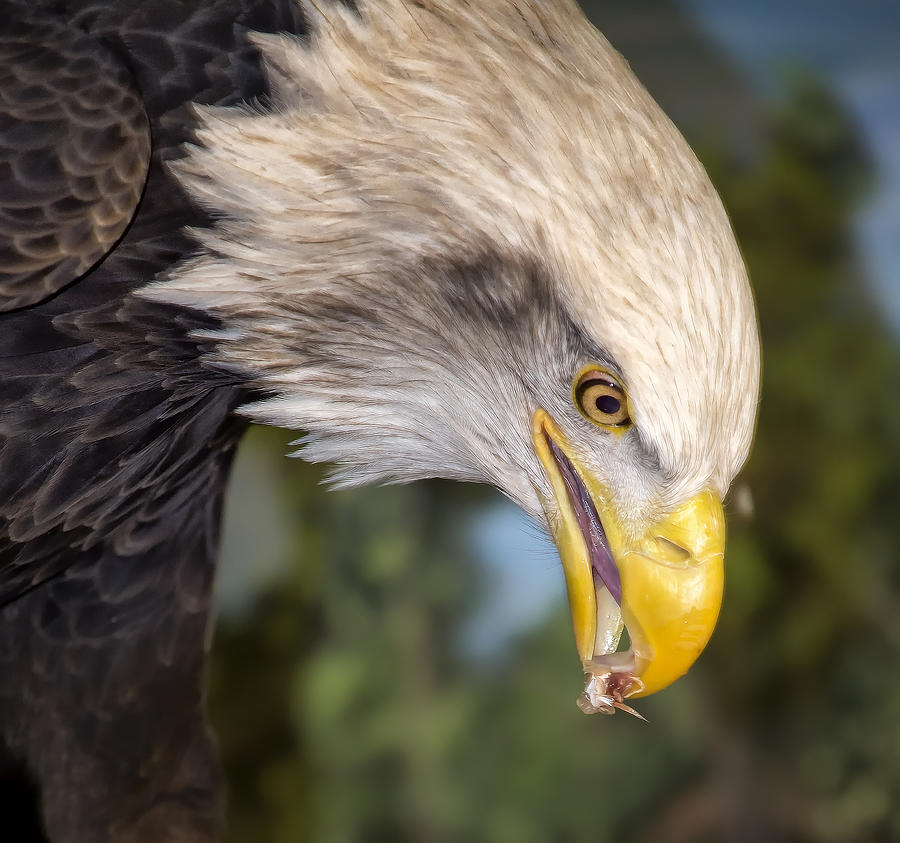 An Eagle grabs a fishy snack to cure a powerful appetite. The Bald Eagle is a bird of prey found in North America. A sea eagle has two known sub-species and forms a species pair with the White-tailed Eagle.

The Bald Eagle is an opportunistic feeder which subsists mainly on fish, which it swoops down and snatches from the water with its talons. It builds the largest nest of any North American bird and the largest tree nest ever recorded for any animal species.

The plumage of an adult Bald Eagle is evenly dark brown with a white head and tail. The tail is moderately long and slightly wedge-shaped. Males and females are identical in plumage coloration, but sexual dimorphism is evident in the species in that females are 25 percent larger than males. The beak, feet, and irides are bright yellow.

Thanks so much for all the kind words!

WOW!!! Just perfect!! This is what I want to be in another life. Awesome photograph!

Excellent photograph! I love the composition, clarity, and detail of this image!! A wonderful homage to the Bald Eagle.