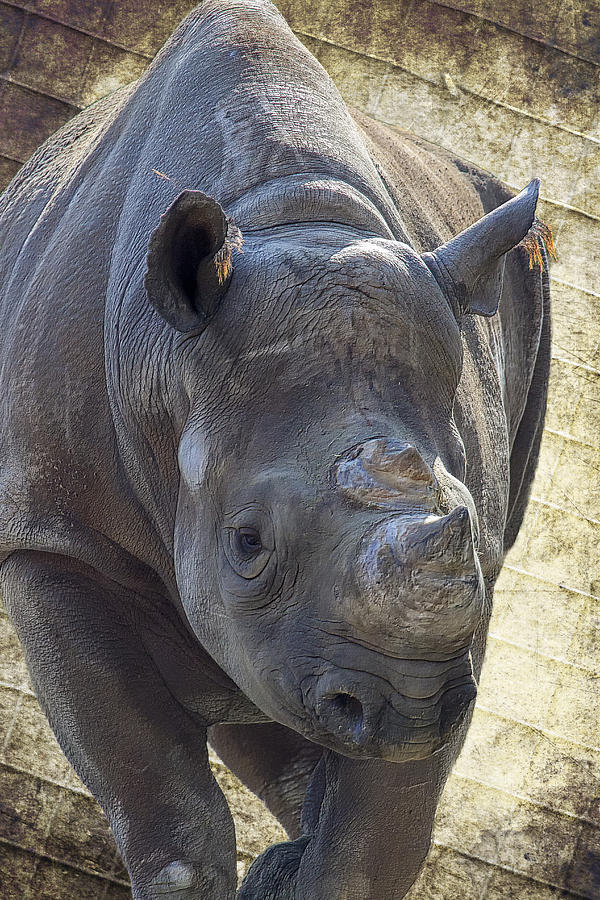 Both black and white rhinoceroses are actually gray. They are different not in color but in lip shape. The black rhino has a pointed upper lip, while its white relative has a squared lip. The difference in lip shape is related to the animals' diets.

Black rhinos are browsers that get most of their sustenance from eating trees and bushes. They use their lips to pluck leaves and fruit from the branches. White rhinos graze on grasses, walking with their enormous heads and squared lips lowered to the ground.

The black rhinoceros or hook-lipped rhinoceros is a species of rhinoceros, native to eastern and central Africa including Kenya, Tanzania, Cameroon, South Africa, Namibia, Zimbabwe, and Angola.

Black rhinos boast two horns, the foremost more prominent than the other. Rhino horns grow as much as three inches (eight centimeters) a year and have been known to grow up to five feet (one and a half meters) long. Females use their horns to protect their young, while males use them to battle attackers.

Great piece Bill! Saw this as a feature in Artist News. v/f!

Thanks for the comment and having a peek Randy!