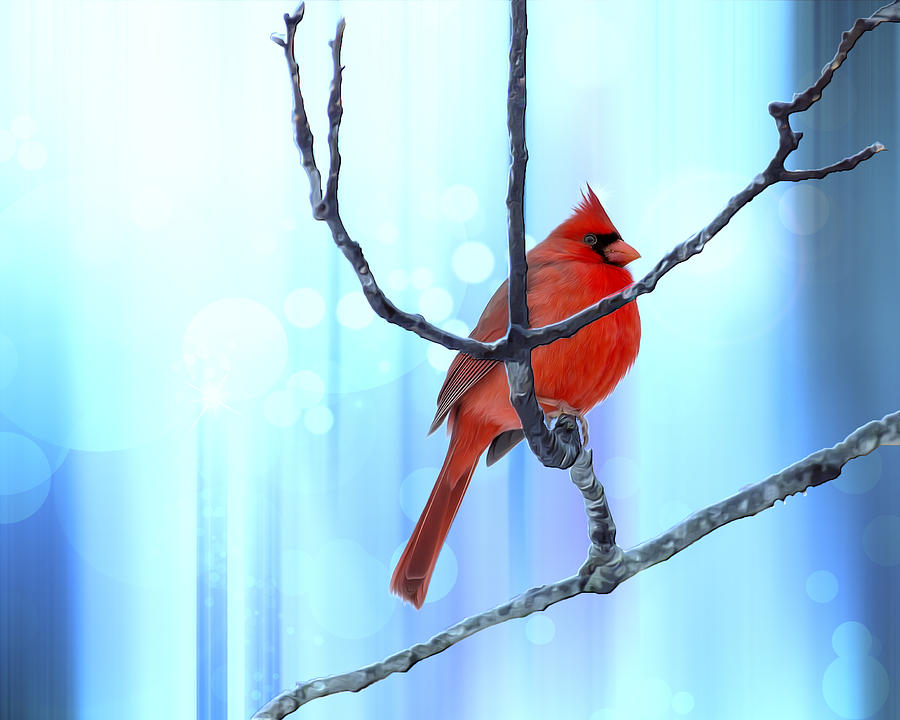 The Cardinal is probably one of the most recognizable and popular backyard birds because of its brilliant red color and crested head. It is a great bird to admire year-round. The color contrast of the brilliant red against fresh white snow really is a high point during the winter months. Early settlers were said to have named this bird after the Cardinals of the Catholic Church who wore red robes.

Both sexes are accomplished songsters and may be heard at any time of year. Cardinals will mate for life and remain together throughout the entire year. That's why you will usually see a male and female together at your feeding station.

Male and female Cardinals both sing. Songs are loud, beautiful whistled phrases. In some songs, you may hear a sound like "whoit whoit whoit" and "whacheer whacheer." These songs are used in forming territories and in courtship. Male and female cardinals use "chirps" as contact calls and alarms. They also have many visual displays such as "tail-flicks" to signal alarm. The crest may be raised and lowered. Strongly territorial, males will fight other males, along with their own reflection in windows!

Red, lonely, icy, and chubby, but UNIQUE. Here's why! CONGRATULATIONS! This image is now featured on the Homepage of 'What's in it for you: Sensational Animal Images'. You are invited to visit the group and promote this image on the discussion thread. If you admire other artists' work, you are invited to post your favorite artists' images' in the indicated discussion thread. Bravo for this marvelous art.

Hello Bill, You are invited to post this incredible image and one other of your choice in the new group: what's in it for you. This group will feature animal images from Friday November 15 through Thursday November 21.

One bird image more beautiful than the next. Thank you

beautiful! voted... visiting from beauty of this world

Wow! What are you feeding your birds? Great image!