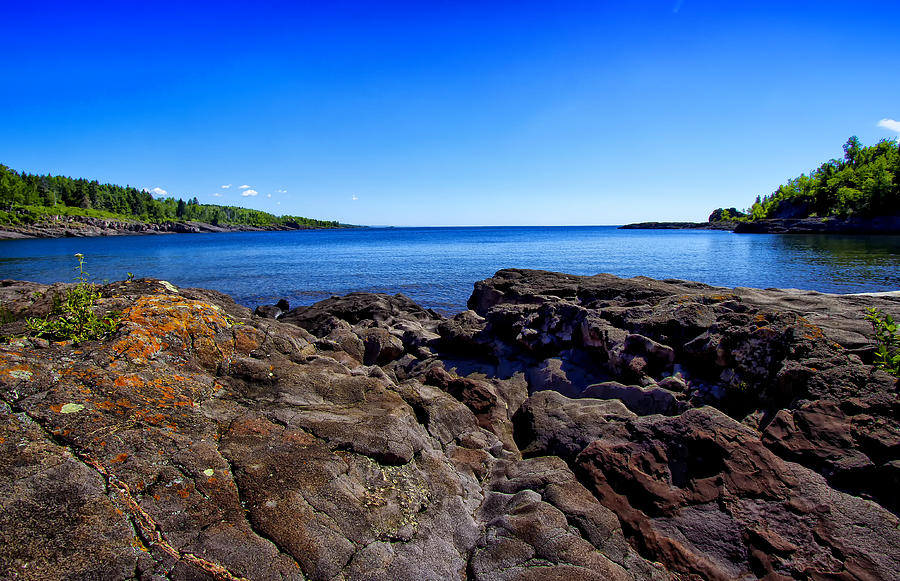 From 1941 through 1971 the site now called Sugarloaf Cove was known as "Sugarloaf Landing" and was home to a pulpwood operation belonging to Consolidated Papers, Inc. Trees were cut in surrounding forest areas during the winter, hauled to Sugarloaf Landing by truck, and stacked in huge piles.

n 1992, the Minnesota Department of Natural Resources designated 3.5 acres at Sugarloaf Cove as a state Scientific and Natural Area (SNA). The original SNA included Sugarloaf Point and a portion of the cobble beach. In 1996, an additional 6.7 acres of the tombolo were added to the SNA, for a total of 10.2 acres.