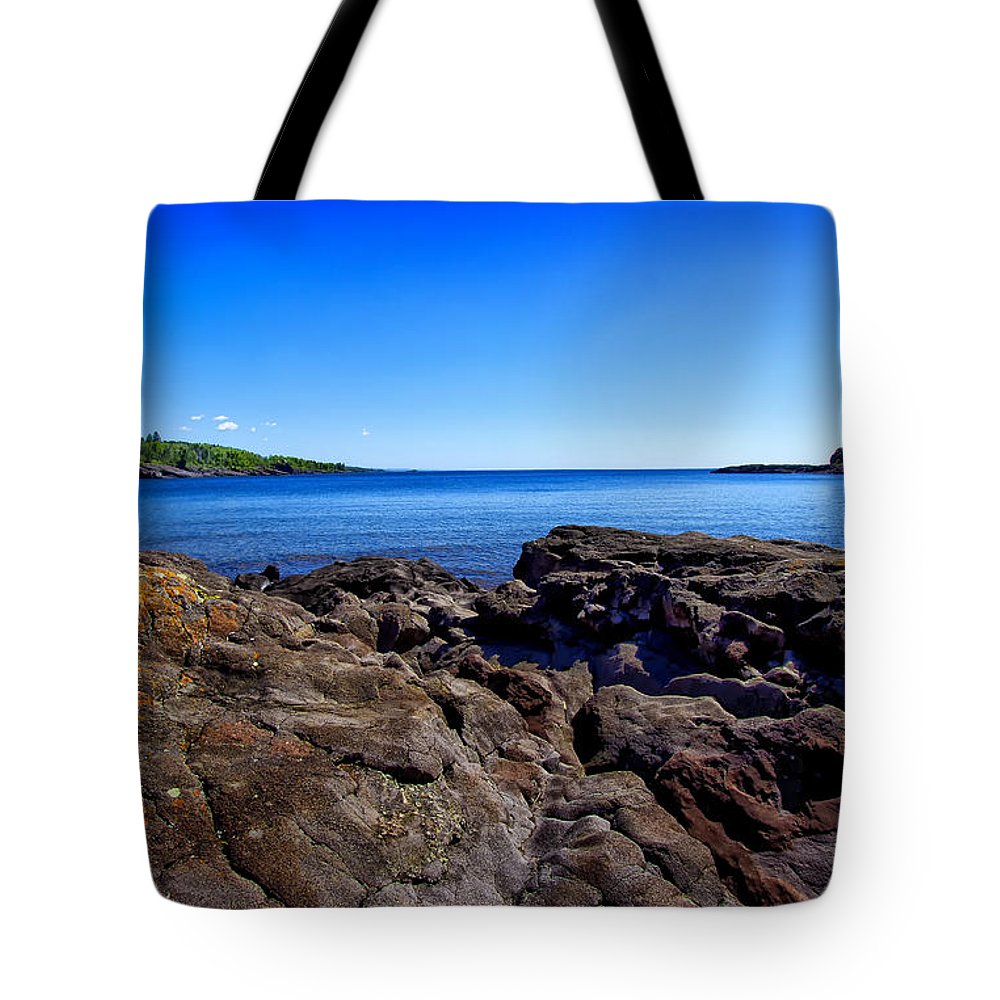 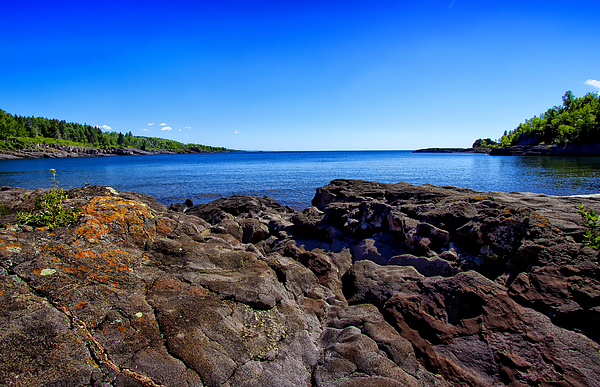 Boundary: Bleed area may not be visible.

Click and drag to re-position the image, if desired.

The image is near the edges of the product but doesn't cover the entire product.   Some of the background color may appear around the outside edges of the image.

Purchase a tote bag featuring the photograph "Sugarloaf Cove From Rock Level" by Bill and Linda Tiepelman.   Our tote bags are made from soft, durable, poly-poplin fabric and include a 1" black strap for easy carrying on your shoulder.   All seams are double-stitched for added durability.   Each tote bag is machine-washable in cold water and is printed on both sides using the same image.

From 1941 through 1971 the site now called Sugarloaf Cove was known as Sugarloaf Landing and was home to a pulpwood operation belonging to... more

From 1941 through 1971 the site now called Sugarloaf Cove was known as "Sugarloaf Landing" and was home to a pulpwood operation belonging to Consolidated Papers, Inc. Trees were cut in surrounding forest areas during the winter, hauled to Sugarloaf Landing by truck, and stacked in huge piles. n 1992, the Minnesota Department of Natural Resources designated 3.5 acres at Sugarloaf Cove as a state Scientific and Natural Area (SNA). The original SNA included Sugarloaf Point and a portion of the cobble beach. In 1996, an additional 6.7 acres of the tombolo were added to the SNA, for a total of 10.2 acres.

About Bill and Linda Tiepelman

We have been married for 25+ years and enjoy photographing the world around us. Being able to explore and enjoy the outdoors, nature, and local beauty together as a shared passion keeps us strong and interested in each other and examining the subtleties and beauty the world has to offer. Follow us on Facebook to see all of our daily photo posts.