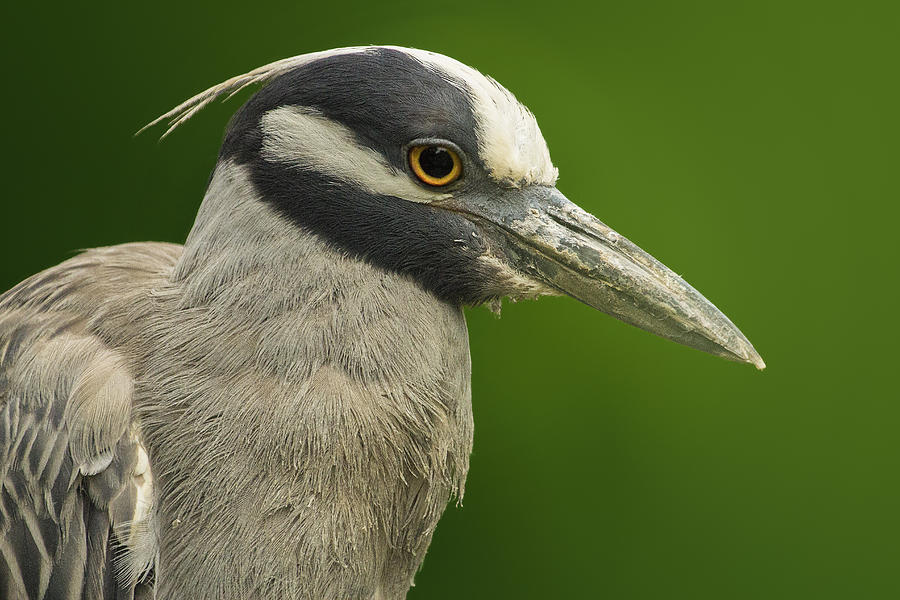 The Yellow-Crowned Night Heron is a nocturnal heron of the southern swamps and coasts, the Yellow-crowned Night-Heron can also be found breeding along wooded streams northward to Indiana and Illinois.

They live on the coast along islands, mangroves, and barrier beaches; farther inland in wooded swamps, forested uplands, and lakes and rivers, sometimes near residential areas. They usually nest in small colonies, sometimes with other wading birds, and forage along tidal marshes, in tide pools and the shores of water bodies where crustaceans are abundant.

Both sexes help build the nest, which can be as high as 60 feet or so, away from the trunk on a horizontal limb, often hanging over the water. The female stands on the nest site while the male carries sticks to her as part of the pair-bonding process. As the nest comes along, the female begins to gather sticks as well, the birds typically strip sticks from the limbs of dead trees rather than gathering them from the ground.

Sticks can be up to about 2 feet long and 1 inch thick. The twig nest is sometimes lined with leaves, vines, or Spanish moss. The nest takes about 11 days to build initially, night-herons use them for several years, adding to them each year. Nests can be 4 feet across, with just a shallow depression inside for the eggs.

.... Like the subject, technique, composition, and color... Today it was Published in the Internet publication ARTISTS NEWS.... Anyone can Just Highlight this link ---- http://bit.ly/RVPlpf - Use Ctl-C to copy and Ctl-V ---- to put it into the Browser Address, to view the publication. You can then, Tweet, FB, and email, etc a copy of the publication, to just anyone you feel would be interested. Happy Promoting! :-)