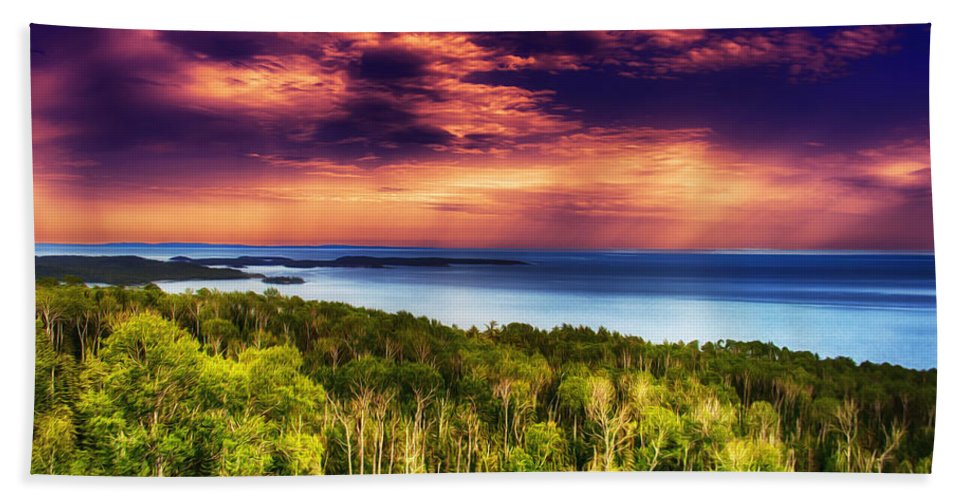 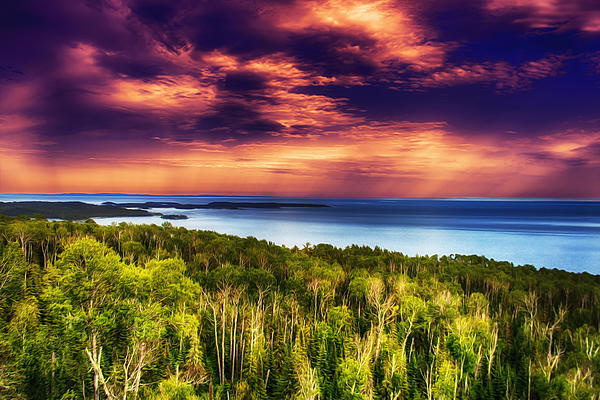 Boundary: Bleed area may not be visible.

Click and drag to re-position the image, if desired.

The image is near the edges of the product but doesn't cover the entire product.   Some of the background color may appear around the outside edges of the image.

Decorate your bathroom and dry yourself off with our luxuriously soft bath towels and hand towels.   Our towels are made from brushed microfiber with a 100% cotton back for extra absorption.   The top of the towel has the image printed on it, and the back is white cotton.   Available in three different sizes: hand towel, bath towel, and bath sheet.

Congratulations on your recent sale!!

Congratulations on your sale.

well done! Congrats on your feature in "Greetings and Posters"!! *V

Bill, This is Fantastic. Fabulous Light and breathtaking view! F/V!!

A Purple Sunset Approaches over Lake Superior Along Minnesota's North Shore. The North Shore of Lake Superior runs from Duluth, Minnesota, United States, at the southwestern end of the lake, to Thunder Bay and Nipigon, Ontario, Canada, in the north to Sault Ste. Marie, Ontario, in the east. The shore is characterized by alternating rocky cliffs and cobblestone beaches, with rolling hills and ridges covered in boreal forest inland from the lake, through which scenic rivers and waterfalls descend as they flow to Lake Superior. Americans often refer only to the Minnesota shoreline from Duluth to the international border at Grand Portage as the North Shore.

About Bill and Linda Tiepelman

We have been married for 25+ years and enjoy photographing the world around us. Being able to explore and enjoy the outdoors, nature, and local beauty together as a shared passion keeps us strong and interested in each other and examining the subtleties and beauty the world has to offer. Follow us on Facebook to see all of our daily photo posts.