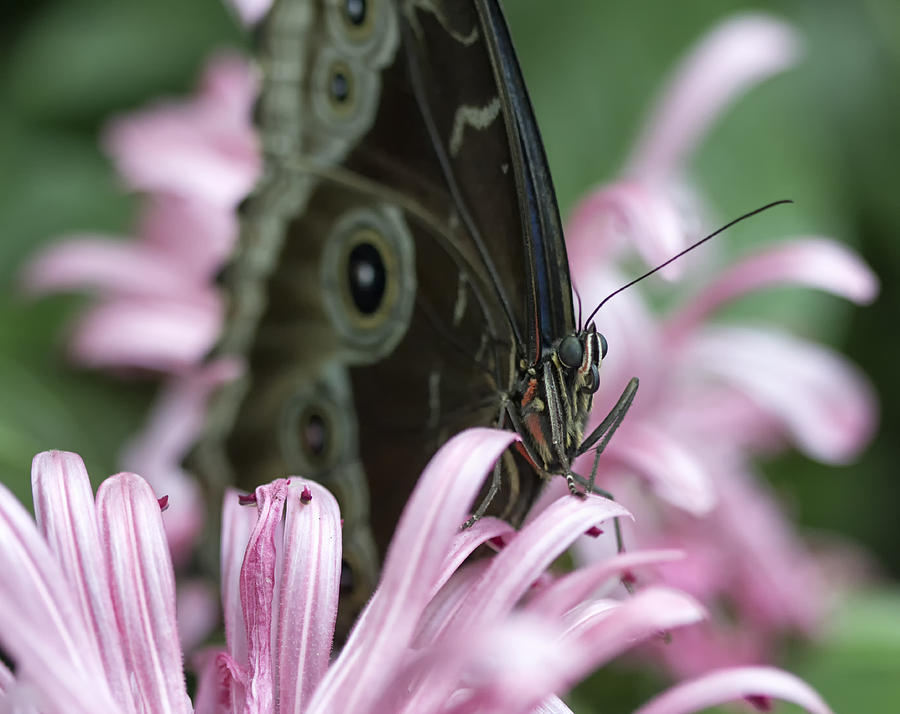 The Northern Pearly-eye ('Enodia Anthedon') is a woodland species that are rarely found in open areas. It has a swift, erratic flight that often ends with it perched, head down, a-side a sunlit tree. Probably because of its shade-loving tendencies, the Northern Pearly-Eye is often seen flying around woods edges on cloudy days. It also flies much later in the day than other species and is often seen basking in the last small sunny patches at 8 p.m. or even later.