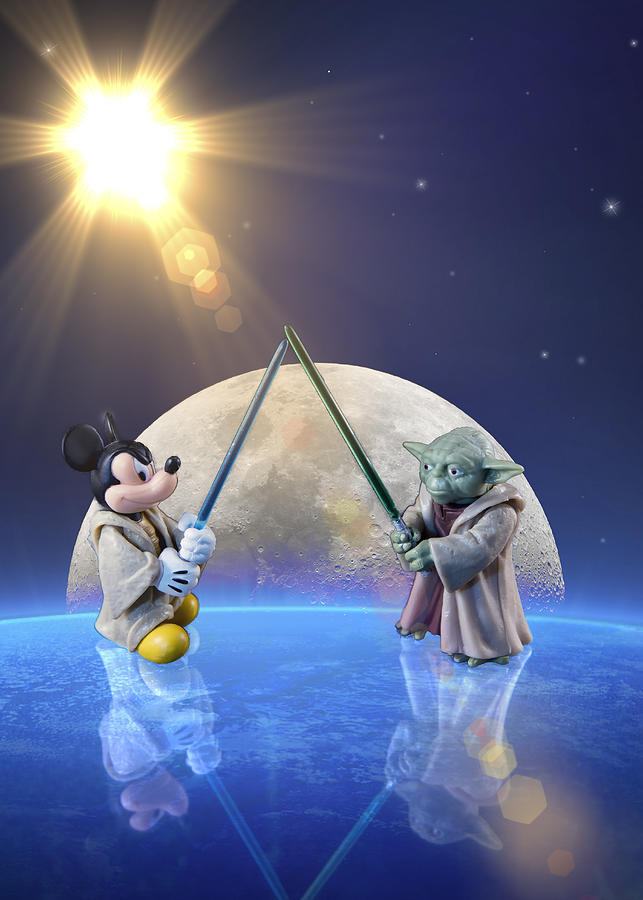 A galactic battle of Disney versus Star Wars as Mickey Mouse and Yoda Battle For For The Toon Title.

Yoda is a character in the Star Wars universe, first appearing in the 1980 film Star Wars Episode V: The Empire Strikes Back. In the original films, he trains Luke Skywalker to fight against the evil Galactic Empire. In the prequel films, he serves as Grand Master of the Jedi Council and as a general in the Clone Wars.

If you're wondering what a Disney Star Wars universe looks like, look no further than The Empire Strikes Back, where everyone's favorite mouse makes an appearance in the background. Mickey Mouse can be spotted a few times on a display panel during the epic lightsaber duel between Luke Skywalker and Darth Vader.

A lightsaber (or lightsabre, see spelling differences) is a weapon made popular in the Star Wars universe, a laser sword. It consists of a polished metal hilt that projects a blade of plasma about 4 feet or 1.33 meters long. The Lightsaber is the signature weapon of the Jedi order and their Sith counterparts, both of whom can use them for close combat or deflect blaster bolts. Its distinct appearance was created using rotoscoping for the original Star Wars films, and digitally for the prequel trilogy.

The Lightsaber first appeared in the original Star Wars film (1977) and every Star Wars movie to date (except The Star Wars Holiday Special) has featured at least one Lightsaber duel.