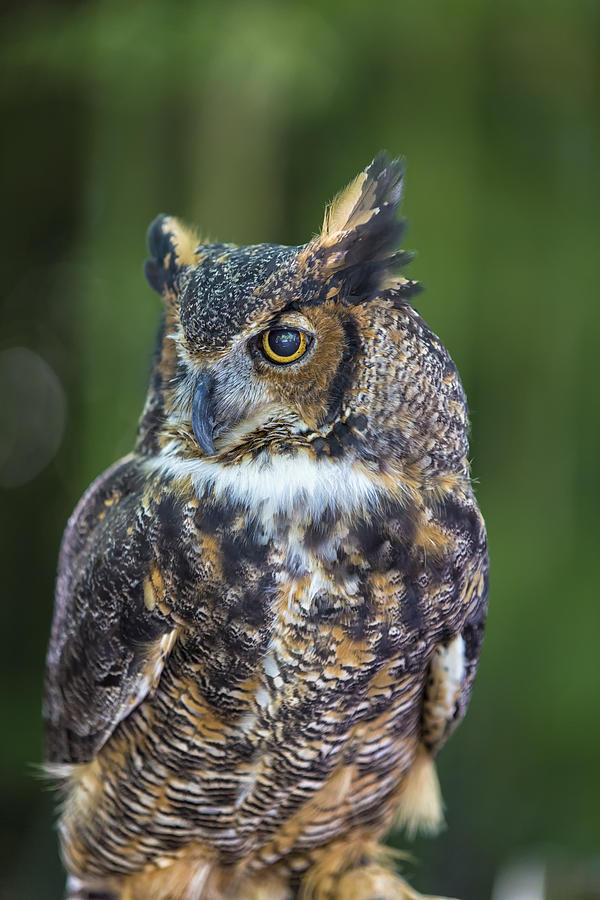 With its long, earlike tufts, intimidating yellow-eyed stare, and deep hooting voice, the Great Horned Owl is the quintessential owl of storybooks.

This powerful predator can take down birds and mammals even larger than itself, but it also dines on daintier fares such as tiny scorpions, mice, and frogs. It's one of the most common owls in North America, equally at home in deserts, wetlands, forests, grasslands, backyards, cities, and almost any other semi-open habitat between the Arctic and the tropics.

Great Horned Owls are fierce predators that can take large prey, including raptors such as Ospreys, Peregrine Falcons, Prairie Falcons, and other owls. They also eat much smaller items such as rodents, frogs, and scorpions. Great Horned Owls have large eyes, pupils that open widely in the dark, and retinas containing many rod cells for excellent night vision. Their eyes don't move in their sockets, but they can swivel their heads more than 180 degrees to look in any direction. They also have sensitive hearing, thanks in part to facial disc feathers that direct sound waves to their ears.