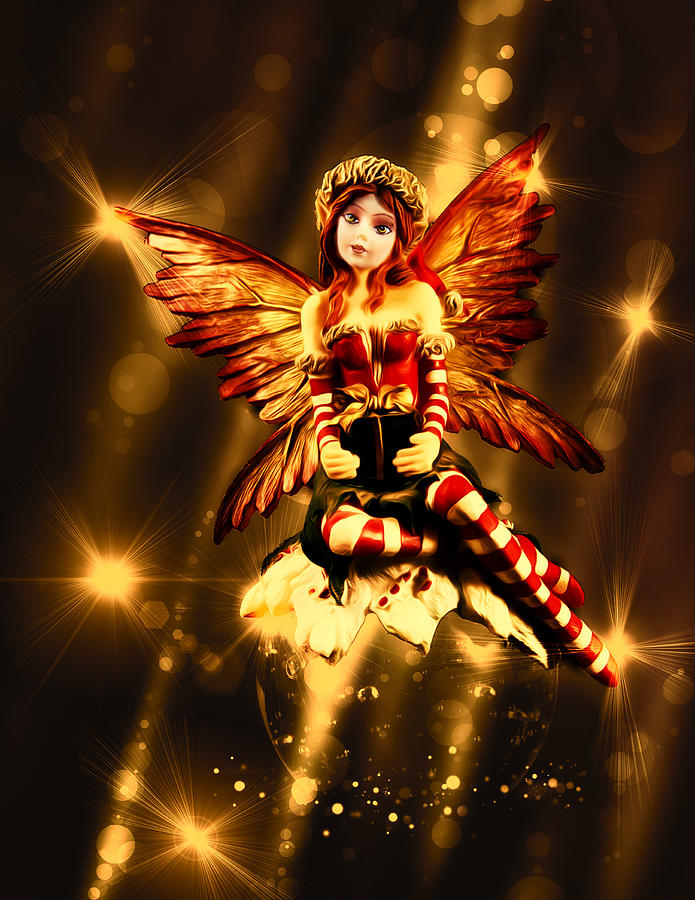 Fairies resemble various beings of other mythologies, though even folklore that uses the term fairy offers many definitions. Sometimes the term describes any magical creature, including goblins or gnomes: at other times, the term only describes a specific type of more ethereal creature.

This is a photograph of a Christmas Ornament my wife adores, with some Photoshop Liberties Added For A Mystacal Feel.

Although in modern culture they are often depicted as young, sometimes winged, humanoids of small stature, they originally were depicted quite differently: tall, radiant, angelic beings or short, wizened trolls being two of the commonly mentioned forms. Diminutive fairies of one kind or another have been recorded for centuries, but occur alongside human-sized beings; these have been depicted as ranging in size from very tiny up to the size of a human child. Even with these small fairies, however, their small size may be magically assumed rather than constant.

Many congratulations on your Features in groups too. Richly deserved.