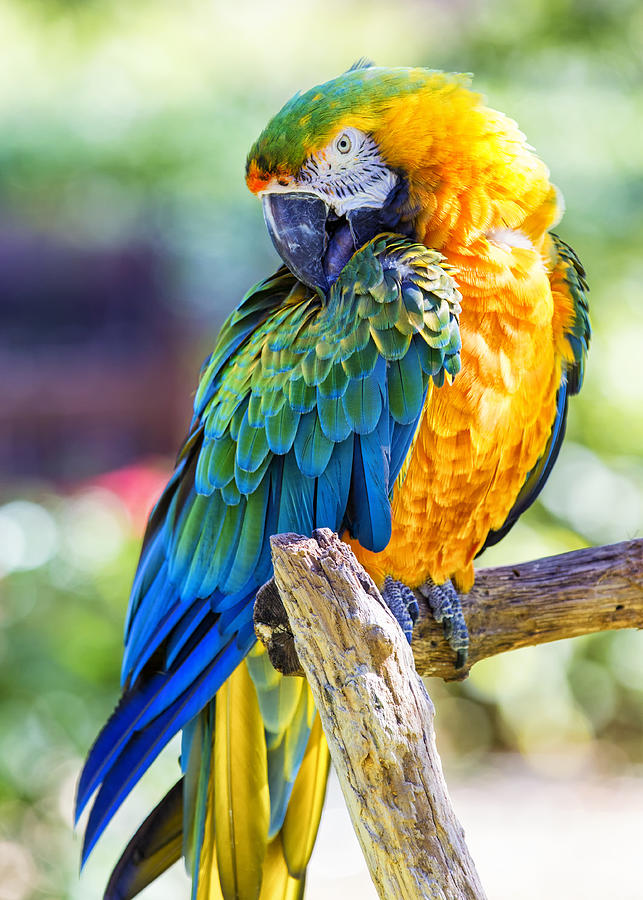 The Catalina Macaw has two very popular types of macaws as its parents. The Scarlet Macaw, one of the most highly favored, is described as "beautiful and striking". The Scarlet has been the best-known South American parrot for over 100 years. The other parent, the Blue and Gold Macaw, is one of the most popular pet birds in the trade, renowned not only for its beauty but for its gentle, amiable nature.

Hybrid macaws are bred for color. A Catalina Macaw is a first-generation hybrid macaw, though today there are second-generation Catalina Macaws whose parents are both Catalinas. Because they are a mixture of more than one type of macaw, the offspring is influenced by the traits and characteristics of both of its parents. Fathers have the dominant gene, so this will generally influence the offspring's coloration and overall appearance. The Catalina inherits its gorgeous coloring from these two striking parents.

Congrats on your sale!

Thank You for Submitting your Artwork.... Liked the subject, description, technique, composition, and color... So Today it was Published in the Internet publication ARTISTS NEWS.... YOU or Friends Can use Ctl-C to copy the link: http://paper.li/f-1343723559 and Ctl-V to put it into your the Browser Address bar, to view the publication. Then, Tweet, FB, and email, etc a copy of the publication, to just anyone you feel would be interested. Happy Promoting! :-)