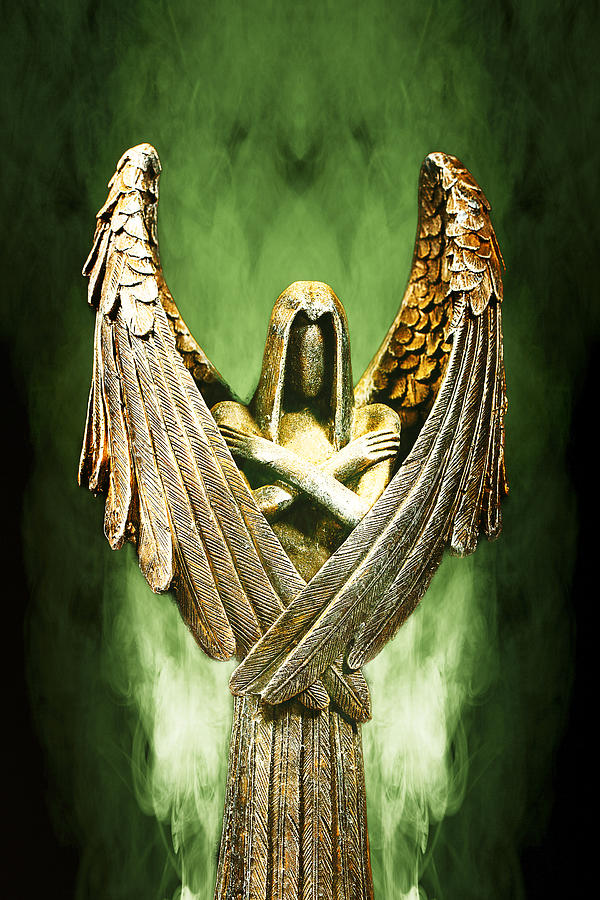 Azrael is the Archangel of Death in some traditions. He is also the angel of retribution in Islamic theology and Sikhism. Depending on the outlook and precepts of various religions in which he is a figure, Azrael may be portrayed as residing in the Third Heaven. In one of his forms, he has four faces and four thousand wings, and his whole body consists of eyes and tongues, the number of which corresponds to the number of people inhabiting the Earth. He will be the last to die, recording and erasing constantly in a large book the names of men at birth and death, respectively.

Shortly after his creation, Azrael was assigned to study a phenomenon not well-understood by Heaven at that time: the disposition of human souls. The angels had long known that some human souls arrived in Heaven, and others did not. Reincarnation and oblivion had been offered as theories, but no one really knew where the 'missing' souls were going . . . and the Seraphim Council intuited that following the Fall, this question might be very important. Azrael was given the Word of Death to carry out his duties (angelic Words were much less competitive and assigned with less deliberation in those days).

The other Archangels know Azrael is still alive, but he is not spoken of in Heaven. It has happened -- a few times in the millennia since the Grigori were cast out -- that an angel has researched Azrael's work, identified strongly with his mission, and sought out the Outcast Archangel of Death. Azrael automatically turns away members of the Host who manage to find him . . . but a very rare few have been persistent and sincere enough to persuade the Archangel of Death to take them into his service. (Azrael only takes in angels who remain dedicated to Heaven, but who also feel a genuine calling to Azrael's mission -- he is not a refuge for dissatisfied Servitors or Outcasts seeking patronage.)

this is a wonderful image v/g+/t